Fatherhood Will Probably Kill Me

“Wow… they look old and tired! What on earth happened?”

Kids. Kids are what happened to them. Begin your grieving process on their behalf. 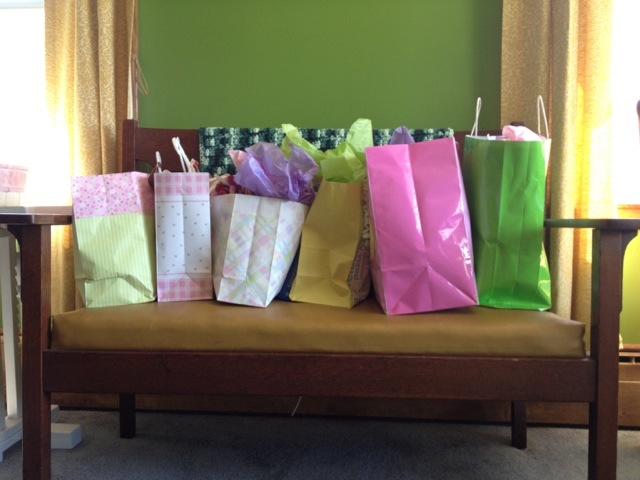 But no matter how serious I might be in dispensing this bit of knowledge to you, no matter how dour and hopeless I may have just made the season of parenthood sound, just know… that it is SO much worse.

That may have been a joke.

And I’m not even there yet. My wife is pregnant. I’m pretty certain I had something to do with that. At least that’s what those “Doctor” people tell me. But before the advent of my own little bundle of screaming poop comes along to join the fun the rest of us are having, Mrs. G and I welcomed into our lives one of our nieces. This was borne of situational necessity, and not something that I think anyone really wanted to happen – least of all the 3-year old princess herself. But for the kiddo’s sake – she exists with us for the time being, and that’s all I’ll say as to the reasons.

Harley grew up around cousins and cousins’ cousins and kids and kids of other kids. There were close friends and tons of family all around her during her formative years. Long before we even began dating, she was responsible for tiny humans and therefore has achieved experience with the diminutive creatures. Her husband, on the other hand, does not have such a vast well of experience to draw from.

And he’s a readhead. So, yeah… temper. Temper plus three year old. Nothing’s broken in the house yet, except perhaps his heart. It’s been a fight, in all seriousness. I love the kid. I honestly do. But how many of you super-parents would have handled it well if suddenly there was a three year old hurled into your family and you had no other kids or experience raising children in the first place?

Because all things considered, I haven’t put her in an envelope to send her back yet. Which I’ve wanted to. Multiple times. Usually at around 4am. Side- note: Baby monitors are from hell.  I’m pretty sure that’s where they’re made.

We get one of two versions of the young lady to deal with, and sometimes both at once. 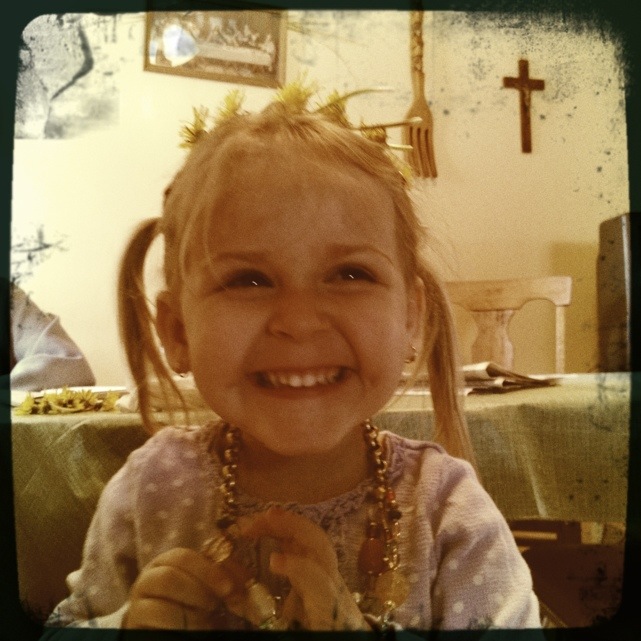 I can’t complain (much). She’s a super good kid. All of my snark and playful self-martyrdom aside – we are blessed to have a young member of the family staying with us for the time being. But if one more person tells us that “It’s just good practice” or “Training for your own kids”, I will probably snap.

Not because they’re silver-lining it – but because the analogy doesn’t work. When was the last time you were on a sports team or in a band and practice ran 24 hours a day, 7 days a week? I’m inclined to remind the next person who uses words like ‘practice’, ‘rehearsal’, or ‘training’ of their flawed but well-meaning ‘encouragement’. And then demand they babysit. Since we’re obviously on a team, right? Analogy.

I do grieve the days we didn’t take advantage of (my wife and I). The days we could drop everything and get away, or go out to a movie at a moments’ notice, or watch things on television that aren’t starring some constantly-yelling cartoon children named ‘Dora‘ or ‘Diego‘ or ‘Satan‘…  Seriously, they’re like Billy Mays for preschoolers. Yelling.

All my plans and purposes have shifted.

Literally all of them. Suddenly there’s this fragile life that you’re personally responsible for. Even if only for a time, your focus fights to shift. And boy does it ever suck the life out of you.  And maybe that’s the point.  To die, to your old ways and personal desires. Because no matter how much you think you give of yourself – having a child in your home on a permanent basis shows you just how wretched and selfish you were all along.

I can’t count the number of times I’ve had an idea or a plan or some project I’m mentally preparing to dive into as soon as I get home from work and then – I remember the timetable of my existence beyond the office is filled forever. It’s hard. I don’t know how on earth parents have ever gotten a single thing done beyond family survival…  Ever.

I suppose that’s one of those things you just grow into and figure out along the way. Which would have been nice. To grow into parenthood. Gradually. You know… the opposite of this situation. And into this home of upheaval and change and yelling edutainment shall come… my daughter. Gaze upon her beauty. 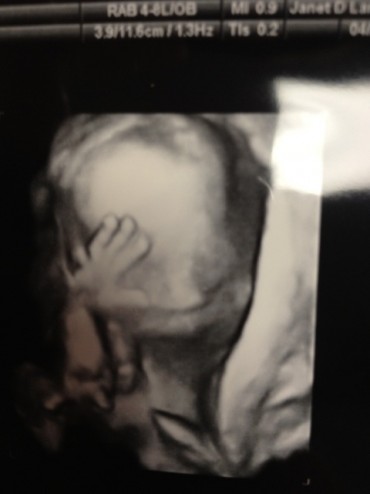 I know it’s a creepy picture, but at least she’s waving at you. Which makes me all giddy. My baby’s got fingers. And a face. And she does sweet ninja moves in her mommy’s tummy on a nightly basis. I know it’s cliche as they come, but there’s seriously no feeling in all of life like hearing that heartbeat for the first time. That moment broke me in half permanently.

I loved her intellectually before it, and I have loved her ferociously and tangibly every moment since.

A close second is feeling your child kick and squirm for the first time. For someone as unaccustomed to having kids around, you’d think I would have been weirded out, but I wasn’t. I love feeling her move and punch and pick a fight with her mother’s insides. Girl’s going to be a scrapper for sure.

I can’t wait to meet her.

I just hope her daddy still has some life left in him when she arrives. It’s a strange, and sometimes (if I can be honest) infuriating thing- to have the niece and the adjustment to her presence within the same space in my life as the expectation of my own kid. Sometimes I wish we had the opportunity to just dwell in the hopes and dreams and planning without the incessant attention-seeking of a young child ‘messing it up for me’.

And then – saint that my wife is – Harley gently places her palm on my shoulder, prays for me, and then slices chunks of my blackened self-seeking heart off with her Axe-O-Truth (TM).  Some women’s first babies arrive by means of rape.  Some have husbands serving in foreign lands and no close family to tend them.  Some have lost their mates entirely from this world.  Some are in such chaos and poverty that the advent of their baby is world-breaking in it’s emotional depth.

All I have to ‘deal with’ is a niece who loves me.

My blessed wife reminds me of these truths, and I thank her for it stubbornly.  I married a good one.  The best I ever prayed for and much better than I deserve.  She’s going to be a stellar mother.  Fantastic in every mommy way.

And if this season only serves to kill off those unsavory selfish desires and re-calibrate my attitude in preparation for my daughter, then so be.  I’ll take that ‘Practice’.  Here’s to making the best of it.  On purpose.

And I will be the greatest dad on earth.

I just have to die a little first.