: Harley’s introduction to her Bridesmaids and Maid of Honor :

Christy is Dave’s only sister, and my will be my new sister (yay! ..and of course to be shared with you too – Ace and Kidd :).. Christy is an author, brilliant with words and thought, and is a light to be around… she will make you smile! She lives in South Carolina, is a Doctor Who enthusiast, and a wonderfully talented artist and seamstress as well! Christy told me a funny story about when she and Dave were younger, how Dave took his dirty laundry and put it in a giant box, which he then wrapped up as a Christmas present, along with her actual Christmas present (bad Dave!!)… I must say- I met Christy through Dave, but she has also become a dear friend of mine and I cannot wait to call her sister.. and I definitely look forward to plotting ‘dirty laundry’ revenge on Dave with her! 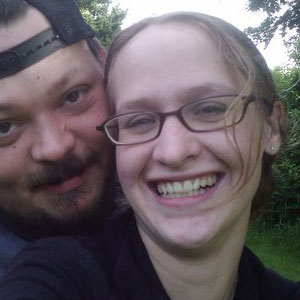 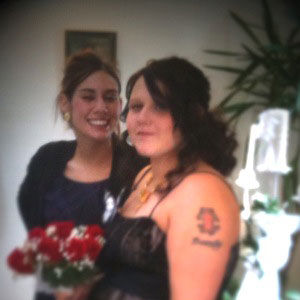 Ashley and Cory are my two younger sisters.. if you know me at all, I can’t say enough about either of my them.. and all their kiddos too! Ashley is a mom of two sons (Mason and Noah) and two daughters (Emma and Sophie – both girls were born on Valentine’s Day different years!). Ash lives in Rhode Island and will also be getting married to her fiancé Nathan in the very near future (yay!). Coryell is a mom of one son (Angel) and two daughters (Jessenia and Ja’Naya), lives in Georgia about two blocks from my house, and was married earlier this year to Reggie. (Nathan and Reggie are awesome too! ) A fun thing we did growing up was, while our mother was napping, Ashley (then about 5) and I (about 10), took every liquid product we could find from the bathroom (shampoo, soap, conditioner), and poured them all on the kitchen floor with water.. . we then took our one year old sister (Cory), and pushed her around in the sudsy mess, cleaning the floor with her diapered tush! Of course, we were slipping and sliding and having fun ourselves… though when our mother awoke shortly after, she was not quite as enthusiastic as we were…
Oh, and if you hear me calling Ashley ‘Ace’, and Cory ‘Kidd’, those are nicknames I’ve had for them since they were kids! 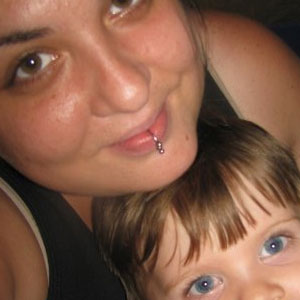 Jenny Rose was my first friend in life! Our moms lived together when we were babies, and so Jen was also my first roommate- first sister of sorts- and if I can be honest, there is a good chance we’ve wet the bed together! Growing up, I thought Jen was so pretty.. she had straight dark hair, and beautiful dark hazel brown eyes, and I always wished I looked like her.. funny thing is, I had a curly dirty blonde afro and hazel green eyes, and Jen always admired my opposites as well.. what she should know, is that I still think she’s a knockout today and totally want her hair! Jen lives in Rhode Island, where she works with handicapped adults. She also has the cutest son named Cascious, a great boyfriend Bill, and one of the biggest hearts I’ve ever known! 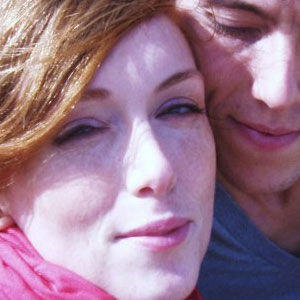 Willow is my gorgeous friend from Alaska. We met in Fairbanks when I was a wee-thing about 12 years old… she is an amazing painter and portrait artist with a splendid soul. She has a beautiful son Kai Lynn, and wonderful fiancé Tim (who she will wed next year! so excited!). Willow and her adorable family now live in Seattle, where they drink delicious coffee from Vivace and dine on fresh heirloom tomatoes from the farmer’s market! I’ve been incredibly blessed to visit them during the past two summers in Washington- the first time after not seeing Willow for close to fifteen years! 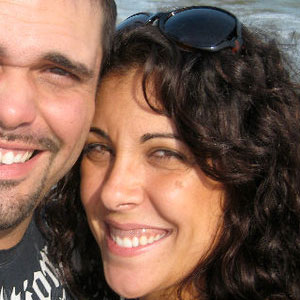 Kristen and I were waitresses together at Ruby Tuesday’s when I was in college… we both had antique cars at that time (hers was way cooler though – 67 mustang? with a racing stripe! versus my ’78 AMC Concord…), which is how we finally began talking in the workplace- commenting on cool cars in the parking lot. Kristen was also in hairdressing school at that time and I became her guinea pig, and she cursed my inability to sit still (just kidding ;).. it wasn’t much longer until our fates were sealed: friends forever! Today she lives in Massachusetts with her wonderful husband Tony, and works as the world’s best hair dresser (she will also be doing hair for the wedding! thank you!! ). 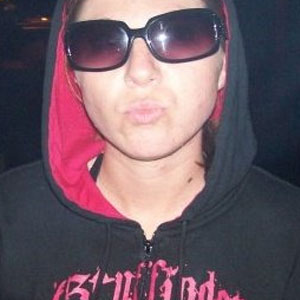 Myrtle and I met during Sergeant School in the army. we didn’t click at first, but one day the instructors sent us up to our barracks to clean… when we were done we had a few hours of spare time. our rooms happened to be next door to each other in the hallway, and as we made our way back to that side of the building, we began talking. which turned into hours of talking and laughing as we sat in spinning desk chairs by my window, watching soldiers drop from the airborne tower outside (this is where the 82nd Airborne soldiers learn to jump out of planes). Myrtle and I were pretty much attached at the hip for the remainder of our course… and remained so when we returned home. she also became very close to my sister Cory- who lived with me at the time. the three of us had lots of fun chocolate eating, cockroach stomping, and giggling through our adventures! Myrtle lives in North Carolina, but is currently in South Carolina for Drill Sergeant School.

Amanda and I met on accident actually.. a mutual friend of ours was in town, and I was visiting with him. he asked if I minded if we stopped over at a dinner party a friend of his was having.. well the friend was Amanda! Amanda is in Navy, and we were both stationed in Georgia where we worked in the same modular on base (when I was in the Army).. we didn’t know this until a few weeks after our initial meeting, when we were both on nightshift and kept running into each other at the water fountain (‘bubbler’ for those New Englandahs). Those fountain meetings became longer and longer conversations, which turned into coffee and breakfasts, finally growing into a marvelous friendship! Amanda is still in the Navy, resides in Maryland with her sweet husband Abe (they were just married this last April- what a gorgeous wedding to witness!), and are expecting their first child early next year!